Episodes: The Last Temptation of Homer, $pringfield (Or How I Learned to Stop Worrying and Love Legalized Gambling), Homer the Vigilante
Categories: Lisa Simpson, Rocks and Stones
Winner: We Must Move Forward, Not Backward; Upward, Not Forward; and Always Twirling, Twirling, Twirling Towards Freedom!

Posted by WOO HOO!: Classic Simpsons Trivia at 10:35 AM No comments: 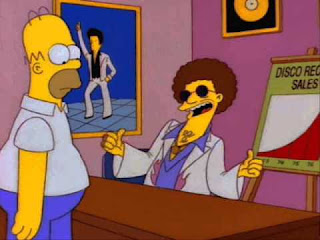 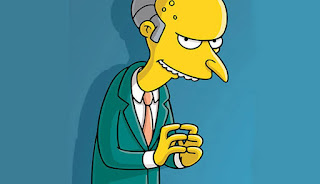 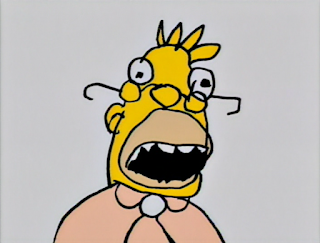 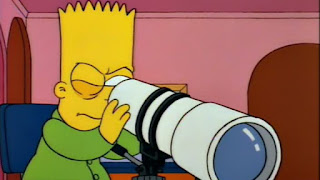 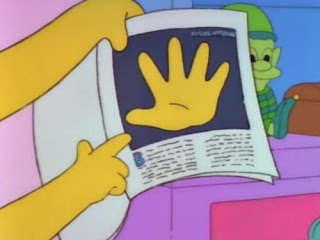 Location: Cadillac Lounge
Episodes: Call of the Simpsons, You Only Move Twice, Fear of Flying, Last Exit to Springfield
Theme Round: Krusty, Music, Mystery Round(5's)
THIS WAS A POINT-FREE TRIVIA! HOORAY! EVERYONE'S A WINNER!
Team names are listed in no specific order:

1.  ALT DOT NERD DOT OBSESSIVE
2.  The Team That's Worried They're Not Getting Enough......Estrogen
3.  My Team is Also Named Bort
4.  Chris Please, We Enjoy All the Meats of Our Cultural Stew
5.  Here At Globex, We Don't Believe In Team Names. In Fact, We Didn't Even Give You Our Coat!
6.  Hans Moleman Productions
7.  You Here for Simpsons Trivia? No!! I'm Here for Microwave Cookery! No Wait...Simpsons Trivia
8.  The Real Saturdays, Not Like Those Fake Saturdays that Almost Get You Fired
9.  Some Guy, Discoverer of Bonerland
10. A Team Full of Hope and Some Cement
11. Whitey Whackers
12. The Indignation Co-ordinators ft. Flatulent Fox
13. Don't Blame Us, This Team Voted for Kodos!
14. Come Back Zinc! Come Back!
15. We Bent Our Wookie
16. When Simpsons Trivia Started They Said It Wouldn't Last a Month. And You Know Where Those Reviewers Are? All Dead!
17. For He Himself Has Said It! And It's Clearly To His Credit! That He Is An English Man! He Remains an EeEeEeEeEeEeENGLIIIIIIIIIIIIIIIIIIIIISH MAAAAAAAAAAAAAAAAN!
18. Winners By Default
19. R....Q....J....?.....=)
20. Fireworks: The Silent Killer
21. Can't We Go One Trivia Night Without Digging Up a Corpse?
22. Is Poo or Ass Taken?
23. The Older, Balder, Fatter Sons
24. Our Team Name Could Not Be More Simple Chris! You Want Us to Show This to the Cat, and Have the Cat Tell You What It Is? Because the Cat's Going to Get It!!!
25. Snrub
26. The Northern Reticulated Chipmunks
27. We Don't Get Mad, We  Get Stabby
28. A Lot of Teams Are Going to Want to Have Sex With Us and We Want Them to Think They Can
29. Lenny = White.....Carl = Black
30. We Play Millionaires At Parties. At Least...We'd Like To.
31. We Don't Know Anything!
32. Oh, This Teams Problem Goes Far Beyond Eugene and Rusty
33. I Begged You To Look at My Score First.....I BEGGED YOU!
34. The Sandal Wearing Goldfish Tenders
35. It's Not Maggaggie's Brithday?
36. Iron Helps Us Play!
37. Two Bad Neighbours (illustration could not be replicated here but trust us, its great!)
38. This Team Is Directly Under the Earth's Sun............Nnnnnnnnow!
39. Man Alive! There Are....Men Alive In Here
40. Stealin' Our Answers-That's a Paddlin'!
41. We Like the Way Snnnrub Thinks!
42. Call 1-800-DOCTORB, The "B" is for Bargain!
43. PurpleMonkeyDishwasher
44. You May Remember Us From Such Made for TV Movies as "Locker Room Towel Fight: The Blinding of Larry Driscoll
45. Handsome Homer Simpson + 3
46. Team Discovery Channel
47. Where's My Burrito?
48. You'll Have To Speak Up, We're Wearing a Towel

Posted by WOO HOO!: Classic Simpsons Trivia at 7:54 AM No comments: 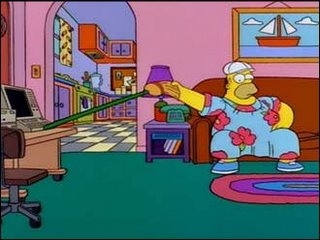