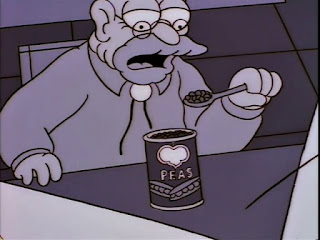 Location: Dickens Pub
Episodes: Raging Abe Simpson and His Grumbling Grandson in "The Curse of the Flying Hellfish", Much Apu About Nothing, Radioactive Man
Categories: Lionel Hutz, Beer
Winner: “All right pal, where’s you get those Simpsons trivia answers?” “I nicked them when you let your guard down for that split second… and I’d do it again… goodbye.”