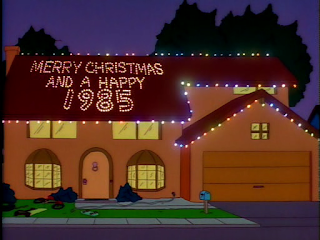 Torontoist:
Ho ho ho, merry…Line? It's time for a seasonal Simpsons showdown at the holiday edition of WOO HOO!, a.k.a. Torontoist's favourite trivia night. The rules are the same—three rounds covering the first eleven seasons, up to six people per team, donut prizes—but with a decidedly festive slant. Come on down and celebrate the birth of Santa with fellow Evergreen Terrace enthusiasts—that is, if you can tear yourself away from Bonestorm and find a sitter for Santa's Little Helper. 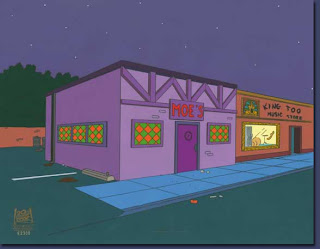 BlogTO:
If your ability to quote any Simpsons episode or do a Mr. Flanders impression falls flat with friends or the girl you are trying to impress, then this event is for you. The Gladstone's Simpsons trivia night will test your knowledge on all eleven seasons while you sit and enjoy three classic episodes. This may be the only venue where verbalizing every word is considered socially acceptable. Your Simpsons acumen could even win you some cool prizes. Bonus. 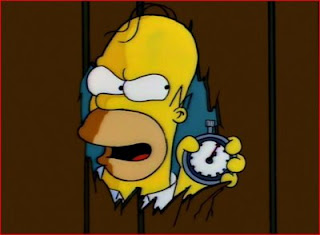 Torontoist:
What does Homer get for free with the purchase of a possessed Krusty doll? What can be found on Candy Apple Island? What do no beer and no TV make Homer "go"? If you know the answers to these seasonally appropriate questions, then you may want to mosey on down to the Halloween edition of the popular new Simpsons trivia series! Now in its new home at the Gladstone Hotel, the event invites groups of up to six friends to pit their cartoon knowledge against other enthusiasts for delicious prizes. In keeping with theme, there will also be an award for the best Simpsons costume—may we recommend Kang and Kodos? 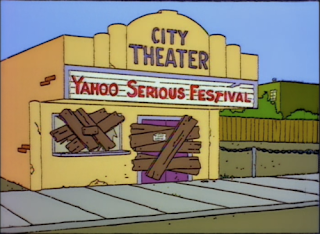 BlogTO:
I could hardly believe it when I found out yesterday that the Simpsons has been on for over 20 years. If you were a fan during the first half of this run, tonight's trivia challenge may be right up your alley. "Woo Hoo! is three cromulent rounds of 20 questions about Simpsons seasons 1-11 (ending with 'Behind The Laughter'), plus three classic episodes on the big screen. Team up with up to six friends for maximum fun, and you could win delicious prizes." There's also cheap beer and no cover. So, yes, woo hoo!

Torontoist:
The Ossington will again masquerade as Moe's Tavern, as popular demand brings about a second round of Classic Simpsons Pub Trivia. Grab some friends, crack a Duff, and test your knowledge on the first eleven seasons to win the title of Top Fan—and probably some donuts too. Know the origins of Mr. Sparkle, or for how many miles Grandpa chased the Kaiser to take back the word twenty? Then come be amongst your people.
Posted by WOO HOO!: Classic Simpsons Trivia at 11:35 AM No comments:

Torontoist:
Any child of the nineties worth their salt has a hidden cache of Simpsons knowledge taking up valuable mental real estate, with tragically few opportunities to apply their hard-gained wisdom. Do you remember the name of Bart's elephant? Are you versed in the filmography of Troy McClure? Can you effortlessly rattle off Apu's daunting surname? Then you may just want to check out Woo Hoo! Classic Simpsons Pub Trivia, an evening of stumpers from the first eleven seasons of the longest running cartoon in history. Go head to head with fellow fans, win some prizes, and enjoy favourite episodes between rounds of Duff.

Toronto Star:
As my close friend and fellow misanthrope Shawn put it: “Usually I hate doing ‘stuff,' but this is f---ing great.” No great fan of group activities either, I nevertheless found myself in delirious spirits, an uncommonly competitive mood and the company of two Lisas (well, one was a Liisa) — which I took to be some sort of good-luck charm — for the first edition of south-end Ossington haunt's Simpsons trivia night.

Organizers didn't mess around, catering to the die-hard with genuine head-scratchers such as “Who are Steve Bennett and Lois Sanborn?” and “Name all five Sideshows” (look 'em up) that more often than not had the room perplexed. Our squad, “Team Discovery Channel,” turned in a thoroughly average showing and got blanked, resulting in several unbelievably bruised egos. We're now in training for the next round. Oh, and you haven't lived until you've heard an entire bar drunkenly singing along to the HMS Pinafore sequence in “Cape Feare.”
Posted by WOO HOO!: Classic Simpsons Trivia at 11:20 AM No comments: